„Located in Washington state, High Rock Lookout served as a fantastic location for shooting this timelapse video, which takes us above the clouds to capture the landscapes in the region in truly spectacular fashion“, says photographer and time-lapse expert Don Jensen from Everett, Washington, who produced this amazing time-lapse-video.

“Every time I tried something came up, the weather shifted or I couldn’t find the trailhead. This trip was one of those where the weather seemed to be shifting. However, I had enough understanding of the weather patterns to know that the cloud deck I was driving under had a relatively low ceiling. And that meant I was in for a night above the clouds.

If you have never had the chance to stand on top of the clouds, put it on your list. Most of us have been in an airplane flying above the clouds, but that experience does not compare to actually standing with a layer of clouds just below your feet. It is one of the most tranquil and spectacular sights a person could see. All of this was shot in one over night trip with two cameras.”

Right Above it II from donald jensen on Vimeo.

“Every generation deserves the opportunity to enjoy the natural views of the world that I have been fortunate enough to witness. One of the best ways to ensure we protect these natural wonders is to show them off. This is where time-lapse photography comes in. And this is why it has become more than just a casual hobby for me.

For the past three years I have been shooting time-lapse photography in Washington State. In that time, I have amassed a collection of over 120 minutes of time-lapse footage. I have spent close to 1000 hours shooting time-lapse, and at least that much more time in editing footage. I have covered over a hundred miles of trails with thousands of feet of elevation change to capture many of the scenes in my library. I have spent numerous nights in less than ideal weather because that is where mother nature was putting on her best show. Quite frankly, some of the best shooting experiences I have enjoyed came at the expense of anything resembling comfort.

Shooting time-lapse presents a person with a wide array of options. Time-lapse is more than a photograph, and more than a movie clip. With time-lapse, it is possible to show things that actually occurred, but in a way that a person would not normally be able to see it happen.”

First and foremost I am passionate about capturing the natural beauty of the state of Washington.

“Washington state has a wide variety of natural beauty. From snow capped volcanoes, to the jagged peaks of he Cascades. From moss covered trees of the rainforest, to the rugged beaches along the Pacific. Washington has it all. We also have a variety of amazing weather. These two elements frequently come together to create unique one of a kind experiences. The majority of my work has been spent on trying to capture what happens when these two forces combine.

I have covered over a hundred miles of trails, and ascended to some of the highest viewpoints in the state to capture unique, one of a kind experiences. From moonlit landscapes, to storms swirling around the many peaks of the cascades, I have been fortunate enough to capture scenes that many people can only dream of. One of the side effects of large scale Hollywood movies is that people have lost a sense of how amazing the real world can be. By using various time-lapse techniques, I am able to show what the natural world is capable of.

I utilize a variety of shooting techniques to capture the how things change with the passage of time. A common question asked is what kind of settings I use. The honest answer to this question is that I use all kinds. It really depends on what is going on in the scene, and how I want to convey that experience. However, there are a few techniques that I use to really showcase the power of time-lapse photography. One of these is motion. By mounting my camera on a rail system, and having the camera slowly move while capturing the scene, the viewer is taken on a journey through the scene as time passes by.”

Another technique, and one of my favorites, is the use of what’s become known as the “holly grail” transitions which captures a scene as it transitions from day to night or visa-verse.

“Like many time-lapse photographers, I got my start shooting the starry night sky. I have developed a special appreciation for a sky full of stars. As a history major in college, I look at the night sky as a personal connection to previous generations who also gazed at the same star fill skies with wonder. The stars were one of the first things we studied as a people. We had a general grasp on how to predict their movements across the sky thousands of years before we had a concept of a germ. We understood the mechanical workings of our solar system hundreds of years before the concept of an atom. And now, today, we are doing all we can to eliminate our view of this natural wonder. The worst part is that we are spending money, and wasting energy to do.” (Don K. Jensen) 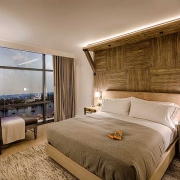 Canopy by Hilton unveils “first look” of its property in Washington D.C. 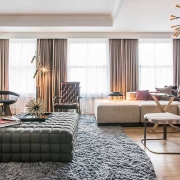