Yesterday morning at about 10:30 a. m. the Kleve fire brigade was called to rescue animals in the district of Düffelward (belongs to Kleve in North Rhine-Westphalia). A farmer had noticed that two horses had fallen into a supposedly dried out scour (a water-filled depression in a moor) and were stuck in the mud up to their necks. They could no longer free themselves from this predicament. The horse rescue turned out to be difficult and took almost 3. 5 hours. But it came to a happy ending. 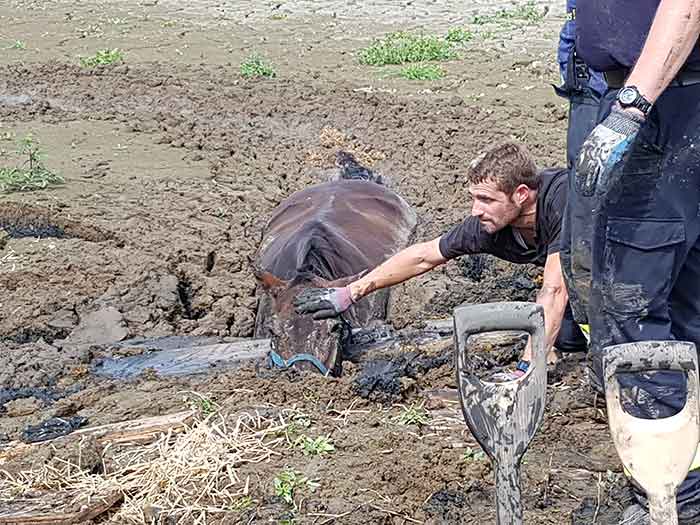 The penetration to the sunken horses was very difficult because of the softened ground. At first, the vet called in could only approach the animals by rubber dinghy. Now creativity was needed: A local civil engineering company provided several excavators at the site. Metal plates to stabilize the subsoil were also required. Around 12:50 pm the first animal could be pulled out of the scour with the help of a chain excavator. The second horse could finally be freed around 14:00 o’clock. 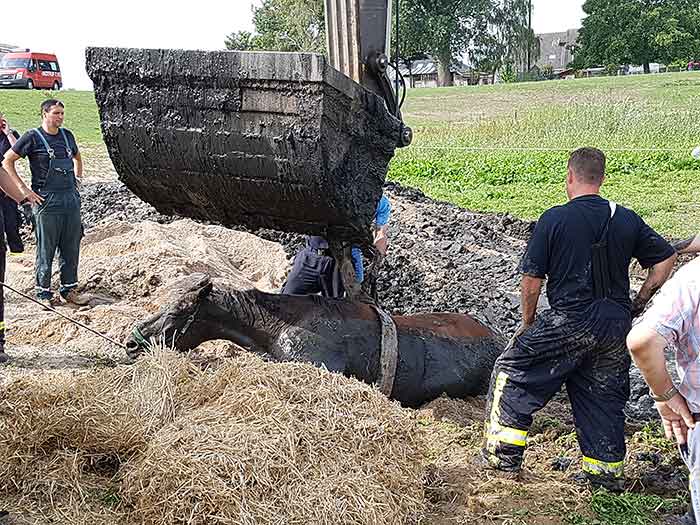 Participating in the rescue of the horses were a total of 18 firefighters from the Düffelward and Keeken fire-fighting groups, as well as the cattle fire-fighting train and the employees of the city of Kleve. 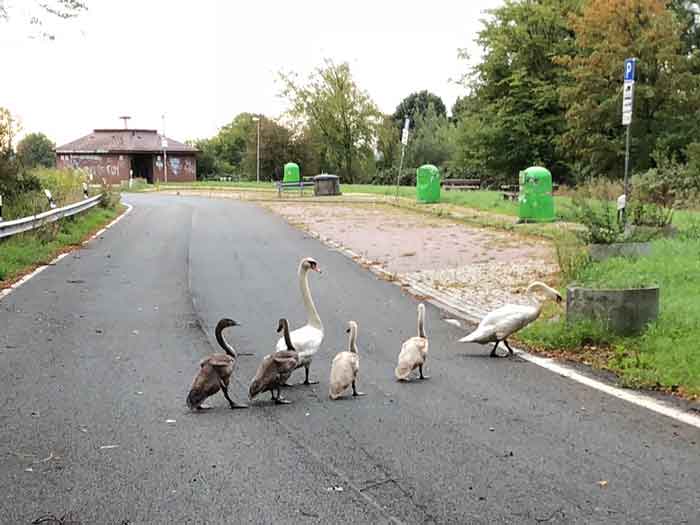 Squirrel Pippilotta – Braveheart of the Year! 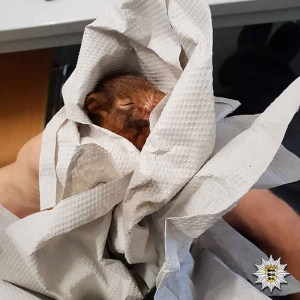 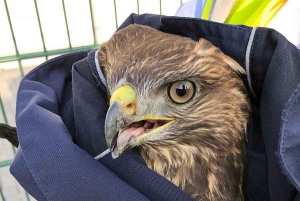 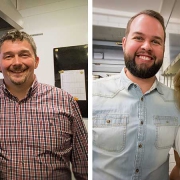 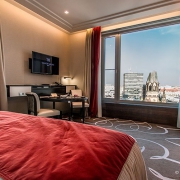 Why I Love to Stay at The Waldorf Astoria in Berlin 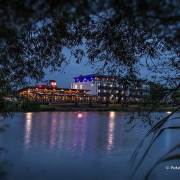 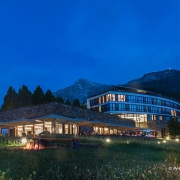 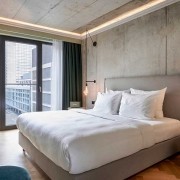